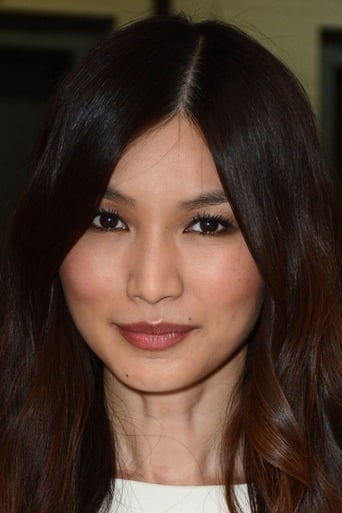 Gemma Chan (born 29 November 1982) is an English actress. She is known for her role as Astrid in the 2018 film Crazy Rich Asians, in which she received widespread recognition, and as Anita/Mia on the television drama Humans. Born in London and raised in Kent, she attended the Newstead Wood School for Girls and studied law at Worcester College, Oxford. She gained a position in a law firm following graduation but chose to pursue a career in acting instead, studying acting at the Drama Centre London. She has had supporting roles in television series: Doctor Who special "The Waters of Mars" (2009), Secret Diary of a Call Girl (2011), Fresh Meat (2011) and Bedlam (2011). She continued to gain recognition for her roles in high-profile films including Jack Ryan: Shadow Recruit (2014), Fantastic Beasts and Where to Find Them (2016), and Transformers: The Last Knight (2017). She also starred in the leading role of Anita/Mia on the AMC/Channel 4 science-fiction drama Humans from 2015 to 2018. In 2018, she received recognition for portraying Astrid Leong-Teo in Crazy Rich Asians and also portrayed Bess of Hardwick in the historical drama Mary Queen of Scots. She portrayed Minn-Erva in the Marvel Studios superhero film Captain Marvel in 2019 and will play Sersi in Eternals in 2021. Description above is from the Wikipedia article Gemma Chan, licensed under CC-BY-SA, full list of contributors on Wikipedia.