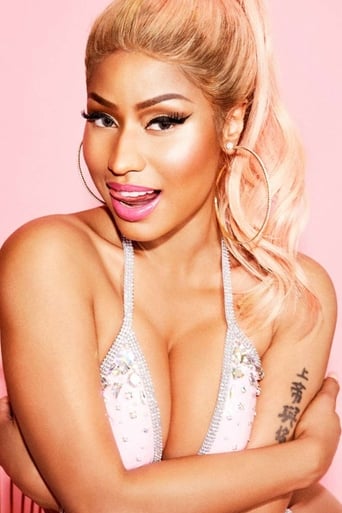 Onika Tanya Maraj was born in Saint James, Trinidad and Tobago. Her father, Robert Maraj, a financial executive and part-time gospel singer, is of Indo-Trinidadian and Afro-Trinidadian descent. Her mother, Carol Maraj, also a gospel singer, is of Afro-Trinidadian ancestry. As a small child, Minaj and a sibling lived with her grandmother in Saint James. Her mother, who had moved to The Bronx, New York to attend Monroe College and brought her husband six months later, brought them to Queens, New York, when Minaj was 5. Minaj successfully auditioned for admission to LaGuardia High School in Manhattan, which focuses on visual and performing arts. After graduation, Minaj wanted to become an actress, and she was cast in the Off-Broadway play In Case You Forget in 2001. When her acting career failed to take off, at age 19 she worked as a waitress at Red Lobster in the Bronx, but was fired for discourtesy to customers She said she was fired from "at least fifteen jobs" for similar reasons. Minaj earned public attention after releasing three mixtapes between 2007 and 2009. She has been signed to Young Money Entertainment since 2009. Minaj's first and second studio albums, Pink Friday (2010) and Pink Friday: Roman Reloaded (2012), both peaked at number one on the U.S. Billboard 200 and produced the successful singles "Super Bass" and "Starships", respectively. In 2010, Minaj became the first female solo artist to have seven singles simultaneously charting on the U.S. Billboard Hot 100. Her third studio album, The Pinkprint (2014), was preceded by its second single, "Anaconda", which peaked at number two on the Hot 100 and is her highest-charting single in the U.S. to date. Minaj made her film debut in the 2012 animated film Ice Age: Continental Drift, followed by supporting roles in The Other Woman (2014) and Barbershop: The Next Cut (2016). In 2013, she was a judge on the twelfth season of American Idol.