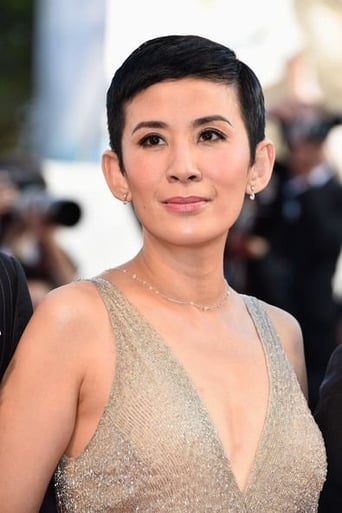 The daughter of Ng Kam-chuen, Ng was born in Hong Kong, where she attended St. Stephen's Girls' College. Encouraged by her parents, she began her entertainment career at the age of 16. She is most known through her comic roles, where she often pokes fun at her plain looks. She has frequently collaborated with Stephen Chow, notably in All for the Winner, Magnificent Scoundrels and Royal Tramp, among others. In a career spanning over 20 years, she has filmed over 100 films and TV shows. She co-hosted Club Sparkle (星星同學會), a celebrity talk show, during the first half of 2009 and is also a radio personality for CRHK. Her radio program, He She Hit (她他她打到嚟！), aired from 12am to 2am on Monday to Friday. She received the 2003 Best Actress Award at the Golden Horse Film Festival in Taiwan for her role as a prostitute in Golden Chicken. She has a daughter (born in 2006) with film director Peter Chan.