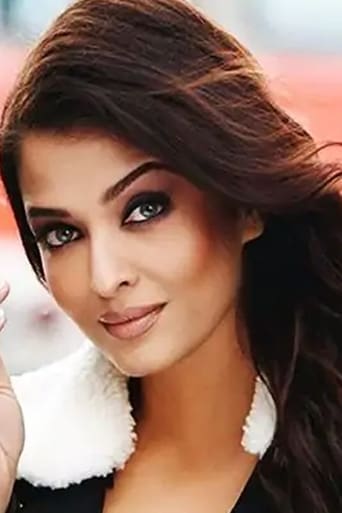 Aishwarya Rai Bachchan is an Indian actress and former Miss World. Before starting her acting career, she worked as a model and ultimately won the Miss World title in 1994. Rai has acted in over 40 movies in Hindi, English, Tamil and Bengali, which include few international productions. Often cited by the media as the most beautiful woman in the world, Rai made her movie debut in Mani Ratnam's Tamil film Iruvar (1997) and had her first commercial success in the Tamil movie Jeans (1998). She gained the attention of Bollywood through the film Hum Dil De Chuke Sanam (1999), directed by Sanjay Leela Bhansali. Her performance in the film won her the Filmfare Best Actress Award. In 2002 she appeared in Bhansali's Devdas, for which she won her second Filmfare Best Actress Award. After a setback in her career during 2003–2005, she appeared in Dhoom 2 (2006), which turned out to be her biggest commercial success in bollywood. She later appeared in films like Guru (2007), Jodhaa Akbar (2008), and Enthiran (2010) which were commercially successful and critically acclaimed. Rai, thus established herself as one of the leading actresses in Bollywood. In 2009, she was honored with the Padma Shri by the Government of India.