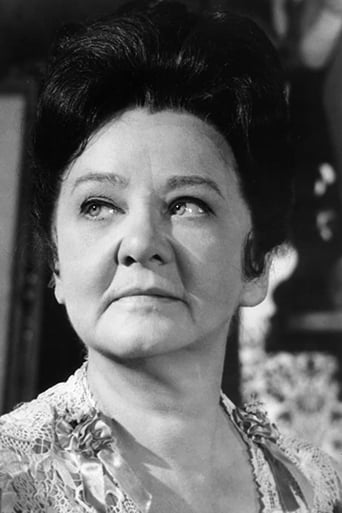 Ruth White was born on April 24, 1914 in Perth Amboy, New Jersey, USA as Ruth Patricia White. She was an actress, known for Du silence et des ombres... (1962),Macadam cowboy (1969) and Pendez-les haut et court (1968). She died on December 3, 1969 in Perth Amboy. Her death, from cancer, was sudden and unexpected. She spent the final decade of her life as one of New York's most highly praised character actresses. She had sacrificed her career to care for an ailing parent, and when she returned to acting, she was in her mid-30s, overweight and without much promise of reviving her career. However, she scored great successes in the off-Broadway plays of Samuel Beckett (most notably "Happy Days"), appeared in Edward Albee's "Malcolm" (1966) and "Box" (1968), and earned a Tony nomination for her role in Harold Pinter's "The Birthday Party" (1968). She earned an Emmy nomination for her role in the Hallmark Hall of Fame production of "Little Moon of Alban".