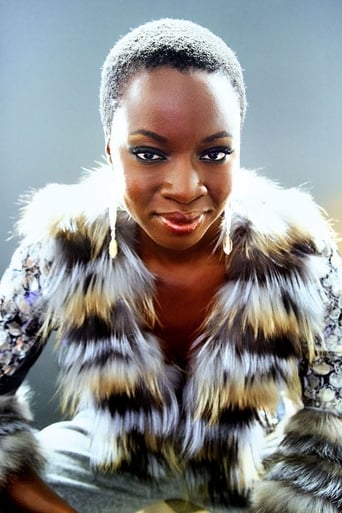 Danai Jekesai Gurira (born February 14, 1978) is a Zimbabwean-American actress and playwright. She is best known for her role as Michonne on the AMC drama series The Walking Dead. Grinnell, IowaGurira was born in Grinnell, Iowa and was raised there until December 1983, when she moved with her family to Harare, Zimbabwe. She has an older brother who is a chiropractor and two older sisters, while her mother is a university librarian and her father is a chemistry professor. She returned to the United States at age 19 to study at Macalester College. She earned her MFA at New York University