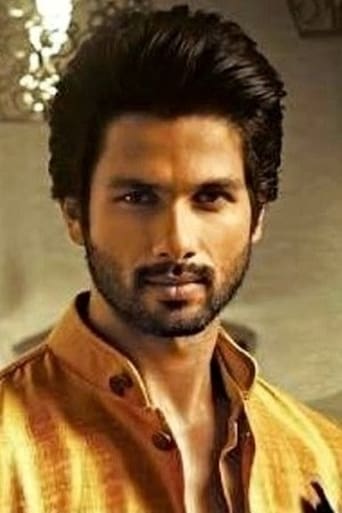 Kapoor also known as Shahid Khattar, is an Indian actor who appears in Hindi films was born to actor Pankaj Kapoor and actor/classical dancer Neelima Azeem. Kapoor made his film debut in 2003 with a leading role in the romantic comedy Ishq Vishk, a sleeper hit for which he won a Filmfare Award for Best Male Debut. Kapoor earned nominations for the Filmfare Award for Best Actor for portraying a troubled businessman in Imtiaz Ali's romantic comedy Jab We Met (2007) and twin brothers in Vishal Bhardwaj's caper thriller Kaminey (2009). Cited in the media as one of the most attractive Indian celebrities, Kapoor maintains his popularity despite a fluctuating career trajectory. Initially recognised for portraying romantic roles, Kapoor has since taken on parts in action films and thrillers. He is the recipient of several awards, including three Filmfare Awards. In addition to acting, Kapoor supports charities, hosts award ceremonies, and has featured as a talent judge on the dance reality show Jhalak Dikhhla Jaa Reloaded (2015). Following a romantic relationship with the actress Kareena Kapoor, he married Mira Rajput, a student from New Delhi, with whom he has a daughter.