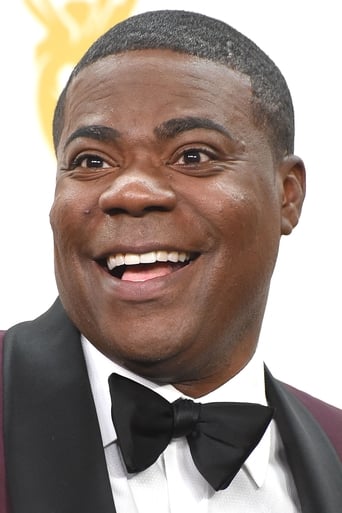 ​American actor, comedian and author Tracy Jamal Morgan is best known for his eight seasons as a cast member on Saturday Night Live and currently known for playing the role of Tracy Jordan on the NBC series 30 Rock. Morgan began his career on Martin, where he played Hustle Man. In the 2003 Chris Rock film Head of State, Morgan appeared as a man watching television, often questioning why they are not watching Martin. Morgan was also a regular cast member on "Uptown Comedy Club which aired for two seasons between 1992 and 1994. He was also on the HBO show Snaps. Morgan joined the cast of comedy show Saturday Night Live in 1996, where he performed as a regular until 2003. Morgan married his high school sweetheart Sabina in 1985. They have three sons together.[9] Morgan filed for divorce at Bronx Supreme Court on August 7, 2009 after 23 years of marriage, although he and his wife had been already separated for eight years.