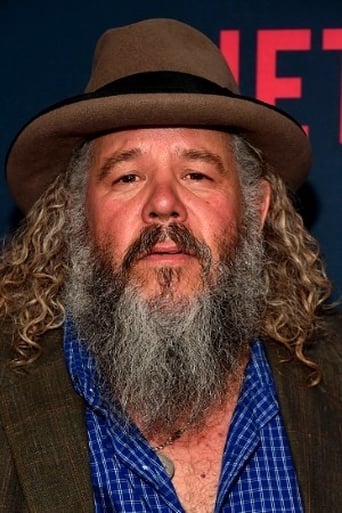 Mark Boone Junior (born March 17, 1955) is an American actor perhaps best known for his roles as Bobby Munson in FX's Sons of Anarchy and in two films by Christopher Nolan, Memento and Batman Begins. He frequently portrays a crooked cop or other authority figure, and has had a prolific career, appearing in over 70 movies, which also include 2 Fast 2 Furious, Get Carter, The General's Daughter, The Thin Red Line, Seven, and Die Hard 2. He has also made guest appearances on TV in Law & Order, Seinfeld, Curb Your Enthusiasm, and several other shows. He had a one-second appearance as "New York Guy" in Armageddon when Eddie Griffin's character asked him what the news on TV was all about. Boone started his career beside long time friend Steve Buscemi. Together the two provided audiences in the New York and Jersey area with stand up comedy. He has appeared in some of Steve's directorial work, including Trees Lounge and most recently (2004) as "Evil" in Lonesome Jim. He is a regular cast member on Sons of Anarchy, where he plays Bobby Munson. In 2010 he played the role of Vincent Dooly's father in The Mother of Invention. Boone has written and produced some films of his own. He currently resides in Isla Vista, California. Description above from the Wikipedia article Mark Boone Junior, licensed under CC-BY-SA, full list of contributors on Wikipedia​