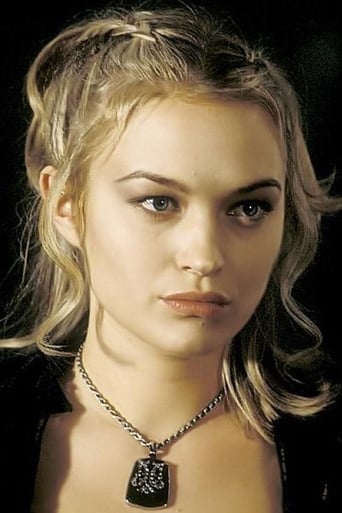 Sophia Jane Myles is an English actress, best known in film for portraying Erika in Underworld, Lady Penelope Creighton-Ward in the live-action Thunderbirds film, Isolde in Tristan and Isolde and Darcy in Transformers: Age of Extinction, and has received critical acclaim for her television work, particularly as Madame de Pompadour in the Doctor Who episode "The Girl in the Fireplace" and Beth Turner in Moonlight. Description above from the Wikipedia article Sophia Myles, licensed under CC-BY-SA, full list of contributors on Wikipedia.