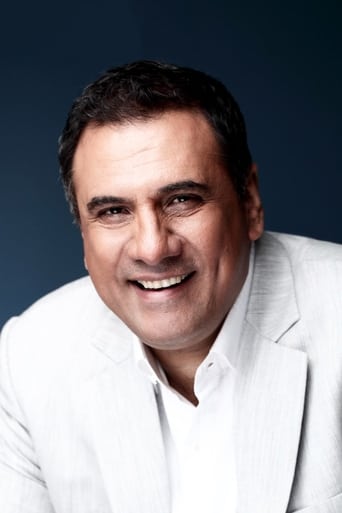 Boman Irani (born 2 December 1959 in Mumbai, Maharashtra) is an Indian film and theatre actor and photographer. Irani began his acting career in theatre and moved to film in 2000 at the age of 44 with a role in Josh. Irani gained attention for his role in the 2003 comedy Munna Bhai M.B.B.S. He later appeared in Lage Raho Munna Bhai for which he received several IIFA award nominations and in 3 Idiots opposite Aamir Khan which earned him a Filmfare Award and a Star Screen Award for Best Actor in a Villainous Role. He is the host of Bollywood Ka Boss. Description above from the Wikipedia article Boman Irani licensed under CC-BY-SA, full list of contributors on Wikipedia.