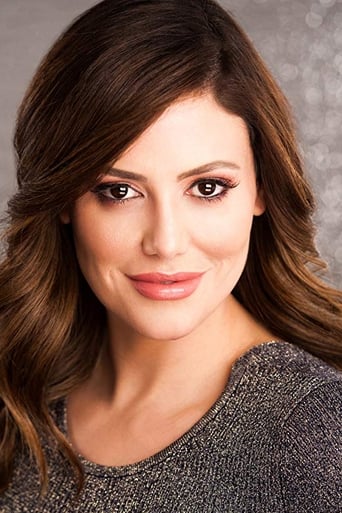 Stefanie Peti is a Los Angeles-based Actress and Humanitarian. Tough, determined, and passionate are just some of the words that come to mind when describing Stefanie. Armed with a passion and a dream, she came to the United States in 2015 to continue her pursuit of acting. After taking theatre in high school, she studied Belles Arts at the University of Barcelona. She also started traveling extensively, visiting nearly 70 countries in just a few short years. This is when she began her lifelong charity work, traveling to Africa to work with schools helping underprivileged children. This experience not only fueled her growth as a human being but also as an actress, where she began seeking gritty, dramatic roles that played into her independent spirit as a fighter. She began formally studying acting at 21 at the Dramatic Art School Central Cine in Madrid. It wasn't long before she was working internationally, starring and working in dozens of commercials in Paris, Milan, Spain, Argentina, Tokyo, and the US. Stefanie currently trains at the Ivana Chubbuck Studio in Los Angeles and previously studied for two years at the Lee Strasberg Theatre and Film Institute. Her training has had a big impact on her life; living in the United States has changed the way she approaches her work, and her various experiences have fueled her imagination and creativity in the roles she takes on. Passionate about the process, Stefanie takes a multi-faceted approach to her craft, and works hard to find the truth in the various characters she plays. She finds inspiration in reading books of creative, successful people, and enjoys visiting contemporary art museums, traveling, and watching movies. She also loves animals, literature, poetry, and collecting vintage records.