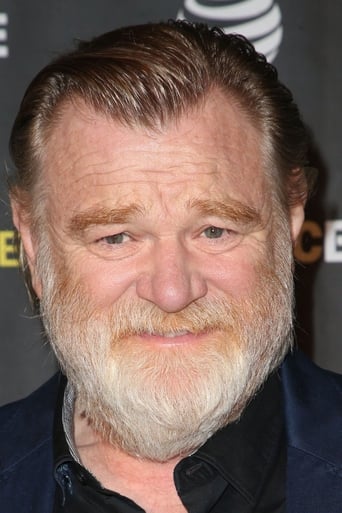 Brendan Gleeson is an Irish actor. His best-known films include the Harry Potter films, Braveheart, Gangs of New York, 28 Days Later, and the role of Michael Collins in The Treaty. He won an Emmy award in 2009 for his portrayal of Winston Churchill in the film Into the Storm. Gleeson was born in Dublin, Ireland and has described himself as having been an avid reader as a child. After leaving school for a short while, he worked for two years in an office with a health board. He then graduated from University College Dublin and went on to Drama School in London at the Royal Academy of Dramatic Art (RADA). Just after completing the 3 Year Acting Drama Course at RADA, Gleeson built a very respectable CV at the Royal National Theatre, Shakespeare's Globe Theatre, and the Royal Shakespeare Company in Stratford-upon-Avon. Gleeson became known for his tremedous stage presence, particularly while performing in such works of William Shakespeare as King Lear, Richard III, and Hamlet. Gleeson started his film career at the age of 34. He first came to prominence in Ireland for his role as Michael Collins in The Treaty a television film broadcast on RTÉ One, and for which he won a Jacob's Award in 1992. Gleeson has subsequently acted in more than 60 films including Braveheart, I Went Down, Michael Collins, Gangs of New York, Cold Mountain, 28 Days Later, Troy, Kingdom of Heaven, Lake Placid, Artificial Intelligence: AI and The Village. He won critical acclaim for his performance as Irish gangster Martin Cahill in John Boorman's 1998 film The General. Gleeson lives in Malahide, County Dublin. He is a talented fiddle player, with an interest in Irish folklore. He can be found from time to time playing at traditional music seisiúins in Hughes' pub in Chancery Street in Dublin 7. His brother, Barry Gleeson, is a well-known singer in An Góilín traditional singers' club, and his son Domhnall is an actor. Gleeson is known for his love of football and recounts tales of attempting to get a clear radio reception so he could listen to how his team, Aston Villa, were faring on a Saturday.