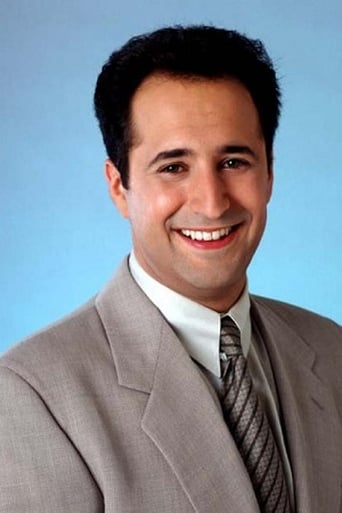 From Wikipedia, the free encyclopedia. Mitchell Whitfield (born on September 8, 1964, in Brooklyn, New York) is an American actor. He guest-starred in several episodes of Friends as Dr. Barry Farber, Rachel's orthodontist ex-fiancé whom Rachel left at the altar on their wedding day. He also appeared in Dharma & Greg; Murder, She Wrote; Diagnosis Murder and CSI: Crime Scene Investigation. In the 1992 film My Cousin Vinny, Whitfield starred as Stan Rothenstein, opposite Ralph Macchio. He also appeared in an episode of The Suite Life of Zack & Cody. As a voice actor, Whitfield voiced Phobos on W.I.T.C.H. and Donatello in the TMNT film. Description above from the Wikipedia article Mitchell Whitfield, licensed under CC-BY-SA, full list of contributors on Wikipedia.​