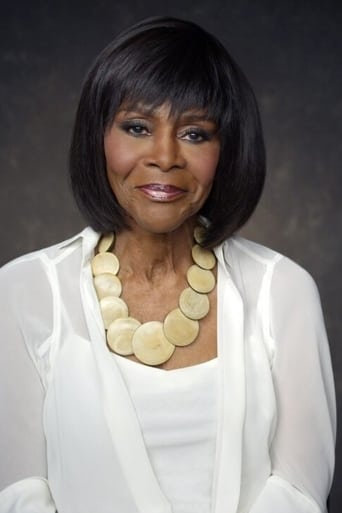 Cicely Tyson was born in Harlem, New York City, where she was raised by her devoutly religious parents, from the Caribbean island of Nevis. Her mother, Theodosia, was a domestic, and her father, William Tyson, was a carpenter and painter. She was discovered by a fashion editor at Ebony magazine and, with her stunning looks, she quickly rose to the top of the modeling industry. In 1957, she began acting in Off-Broadway productions. She had small roles in feature films before she was cast as Portia in The Heart Is a Lonely Hunter (1968). Four years later, Cicely was nominated for an Academy Award for Best Actress for her sensational performance in the critically acclaimed film Sounder (1972). In 1974, she went on to portray a 110-year-old former slave in The Autobiography of Miss Jane Pittman (1974), which earned her two Emmy Awards. She also appeared in the television miniseries Roots (1977), King (1978) and A Woman Called Moses (1978). While Cicely has not appeared steadily onscreen because of her loyalty to only portray strong, positive images of Black women, she is without a doubt one of the most talented, beautiful actresses to have ever graced the stage and screen.