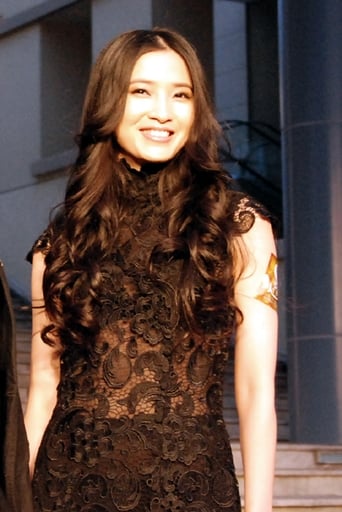 Gong Beibi is a Chinese film actress. Beginning her career as a child actress, she later graduated from the prestigious Central Academy of Drama where she gained fame and popularity among young audiences in China after starring in several popular TV series and feature films in both China and Hong Kong. Due to her success while still a student, she became dubbed in the media at the time as "little Gong Li". After graduating, she continued diversifying her roles with different projects, including Bus 44, which gained her critical acclaim in China, Europe, and North America where it premiered and won awards at the Venice Film Festival, Sundance Film Festival and Cannes Film Festival. In 2005, Gong Beibi starred in the feature film Waiting Alone which opened to critical raves at the Tokyo Film Festival. The indie film was released nationwide in September 2005 and became a hit with youth audiences across China[2] and one of the best reviewed and most talked about Chinese films the year. Later in the year, Waiting Alone was nominated for several awards including "Best Picture" at the Chinese Academy Awards (Golden Rooster Awards). Gong Beibi's memorable performance in Waiting Alone, which Variety magazine called "impressive", caught the attention of Hollywood. Gong's 2007 Chinese holiday ensemble comedy Call for Love was a success at the box office, she followed up with a special appearance in Connected the Hong Kong action film remake of Cellular. In 2010, Gong co-starred with Aaron Kwok in Oxide Pang's thriller The Detective 2. In 2011, Gong starred alongside Academy Award winner Kevin Spacey and Daniel Wu in the dramedy/psychological suspense Inseparable. Inseparable was named one of The Wall Street Journal's Top 10 Most Notable Asian Films of 2011. Gong Beibi was next seen in several back-to-back TV series in China, most notably The Legend of Qin in 2015, and Ice Fantasy based on Guo Jingming popular fantasy novel, in 2016. In 2017, Gong won the jury award for Best Actress at the Beijing Youth Film Festival for her starring role in the indie drama Lack of Love. She also was in the hit TV series Fighter of the Destiny and the Monkey King comedy A Chinese Odessy: Love You a Million Years. Behind the scenes, she was a co-producer on the summer fantasy comedy indie hit Wished. In 2018, Gong Beibi starred in the TV series The Flame's Daughter which had over 700 million hits in China, as well as, the surprise summer blockbuster hit, Dying to Survive, which become one of the biggest box office films in China. Gong Beibi will next be seen in the TV series remake of The Return of the Condor Heroes playing one of the iconic roles, as well as in two feature films releasing in 2020. Description above from the Wikipedia article Gong Beibi,licensed under CC-BY-SA, full list of contributors on Wikipedia.