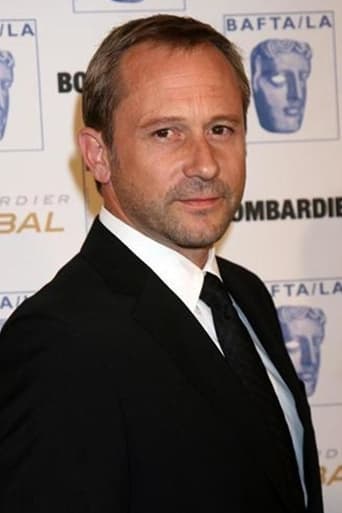 Daniel was born and raised in London, England to a family completely immersed in show business. His mother Tessa Shaw was an actress, most notably of the 'Dr. Who' series fame and his father George Fathers, was one of the West End's most respected Scenic Designers. Known for his physical, as well as 'Machiavellian' roles, having been a former professional athlete (Rugby and Bull Riding), Daniel easily interchanges between American and UK accents, having moved to Canada when he was in his late teens. He is a former Canadian Armed Forces Militia Soldier and is still a Commissioned Officer in the British Army, as a part-time Instructor, which lends himself to playing his fare share of military and ex-military roles. However, he is also a trained dancer (Ballet Rambert, Central School of Dance), which helped in being cast on stage in the Tony Award Winning 'Mamma Mia!' by Phyllida Llyod, playing two of the Leads, Bill Austin and Harry Bright in the Toronto Company. Daniel is an accomplished equestrian and an expert swordsman, which he showed in CW's 'Reign' and 'Pompeii' Daniel's first big opportunity came as a young boy in front of Franco Zeffereli for the title role in the 1977 classic 'Jesus of Nazareth'. However, as a boy he was much more interested in sports, going on to be selected for England's U16 Rugby Final Trials and reaching the final of the All England Schools 400m Hurdles in which he came 5th. Daniel is known the world over by teens having starred in Disney's 'Camp Rock' movies opposite teen sensations, the Jonas Brothers and Demi Lovato, playing the affable Brown Cessario, an old time rock 'n' roller and Uncle of the Jonas Brothers. 'Camp Rock 2: The Final Jam' won the Peoples Choice Award (2011). On the big screen, Daniel has starred opposite such stars as Oscar® nominee, Ellen Page in the critically acclaimed film, 'The Tracy Fragments', Sir Derek Jacobi ('Gladiator'), Ken Welsh ('The Void'). On television he played opposite Golden Globe nominated Tatiana Maslany in 'Orphan Black', Rob Lowe in Lifetime's 'Beach Girls'. For David Levien and Brian Koppleman of 'Billions' fame, Daniel reprized his role as gangster poker player 'Muff Lannigan' opposite Michael Madsen. As a Presenter/Host he was privileged to present at the inaugural Canadian Screen Awards in 2013, of which the show he hosted, 'Canada's Greatest Know It All' for Discovery, was a nominated for numerous CSA's in 2013 and 2014.