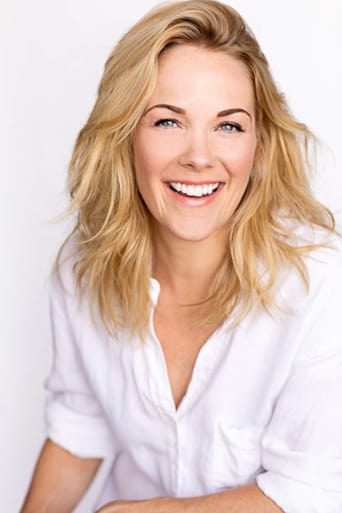 Andrea Anders was born in 1975 in Madison, Wisconsin, but raised in DeForest, within the same State. She graduated from DeForest Area High School in 1993, subsequently received his BFA from the University Wisconsin Stevens Point, and finally got his MFA from Rutgers University. In 2001, she began his career in theatre. She participated in works such as "Proof", "The Graduate", "On the Jump", "New Doors", "Cold / Tender" and "New World Rhapsody". She made her debut before the cameras in the year 1998 in an episode of the series "One Life to Live", and since then has mainly developed her career in television. She is known primarily for playing the lawyer Alex Garrett in the series "Joey", a spin-off of "Friends", starring Matt LeBlanc. Others of her regular units were in "Oz", where she played the role of Donna Degenhart; She was also Nicole Allen in "The Class" between 2006 and 2007, and Linda Zwordling in ABC "Better of Ted" comedy. You can see her in the role of Alice in the new sitcom written, produced, and starring Matthew Perry, 'Mr. Sunshine'. Others of her credits in the small screen include participations in "Law and order", "The Guiding Light," "Tru Calling" and "Numb3rs". Could it be also in the telefilms "Spellbound" and "The Big D". On the big screen she debuted in 2004 in the comedy "Perfect women", starring Nicole Kidman, Bette Midler, Glenn Close and Matthew Broderick. She later was seen in "Never Been Thawed" and "Sex Drive". With respect to her personal life, is the sister of director Sean Anders, and since 2006 is in a couple with actor Matt LeBlanc.