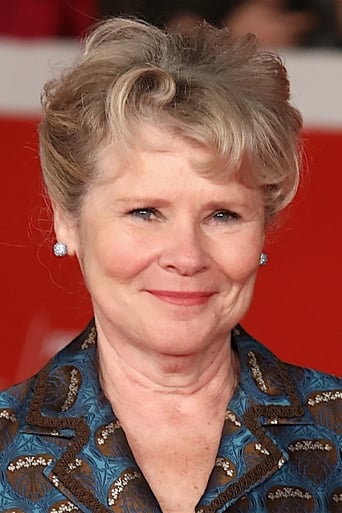 Imelda Mary Philomena Bernadette Staunton is an English actress. She is best known for her performances in the British comedy television series Up the Garden Path and the films Harry Potter and the Order of the Phoenix and Vera Drake. For the latter, she drew widespread critical acclaim as Vera Drake, earning her a Best Actress Oscar nomination and a number of wins including the BAFTA and Venice Film Festival Awards for best actress in a leading role. Staunton was born in Archway, North London, the only child of Bridie, a hairdresser, and Joseph Staunton, a road-worker and labourer. The family lived over Staunton's mother's hair dressing salon while Staunton’s father worked on the roads. Staunton met her husband, English actor Jim Carter, in Richard Eyre's landmark early Eighties production of Guys And Dolls at the National Theatre. They have a daughter, Bessie, born 1993. Staunton lives with her family in West Hampstead, northwest London, and is long time friends with actor Stephen Fry, actor Hugh Laurie and actress Emma Thompson, her neighbor.