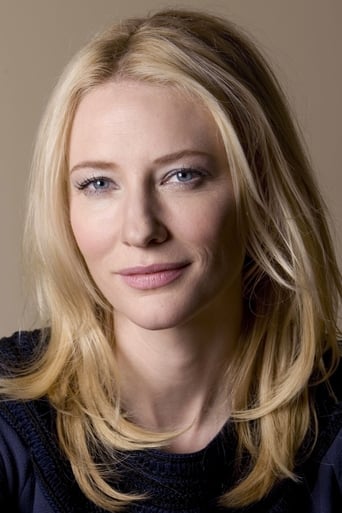 Catherine Élise "Cate" Blanchett (born 14 May 1969) is an Australian actress and theatre director. She has won multiple acting awards, most notably two SAGs, two Golden Globe Awards, two BAFTAs, and two Academy Awards, as well as the Volpi Cup at the 64th Venice International Film Festival. Blanchett has earned seven Academy Award nominations between 1998 and 2015. Blanchett came to international attention for her role as Elizabeth I of England in the 1998 film Elizabeth, directed by Shekhar Kapur, a role which she reprised in Elizabeth: The Golden Age (2007). She is also well-known for her portrayal of the elf queen Galadriel in Peter Jackson's The Lord of the Rings trilogy (2001–2003) and the The Hobbit trilogy (2012–2014), Colonel-Doctor Irina Spalko in Indiana Jones and the Kingdom of the Crystal Skull (2008), Katharine Hepburn in Martin Scorsese's The Aviator (2004), Daisy Fuller in The Curious Case of Benjamin Button (2008), Jasmine Francis in Blue Jasmine (2013), Carol Aird in Carol (2015) and Hela in Thor: Ragnarok (2017). For her roles in The Aviator and Blue Jasmine, Blanchett received Academy Awards. From 2008 to 2013, she and her husband Andrew Upton were artistic directors of the Sydney Theatre Company. Description above from the Wikipedia article Cate Blanchett, licensed under CC-BY-SA, full list of contributors on Wikipedia.