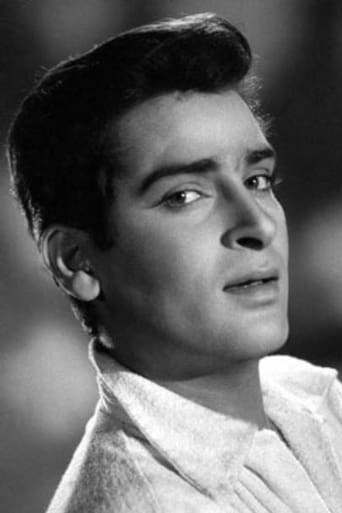 Shammi Kapoor (Shamsher Raj Kapoor; 21 October 1931– 14 August 2011) was an Indian film actor and director. He was a prominent lead actor in Hindi cinema from the late 1950s until the early 1970s. Shammi Kapoor is hailed as one of the most entertaining lead actors that Hindi cinema has ever produced. He was one of the leading stars of Hindi cinema during the late 1950s, the 1960s and early '70s. He made his Bollywood debut in 1953 with the film Jeevan Jyoti, and went on to deliver hits like Tumsa Nahin Dekha, Dil Deke Dekho, Junglee, Dil Tera Diwana, Professor, China Town, Rajkumar, Kashmir Ki Kali, Janwar, Teesri Manzil, An Evening in Paris, Bramhachari, Andaz and Vidhaata. He received the Filmfare Best Actor Award in 1968 for his performance in Brahmachari and Filmfare Award for Best Supporting Actor for Vidhaata in 1982.