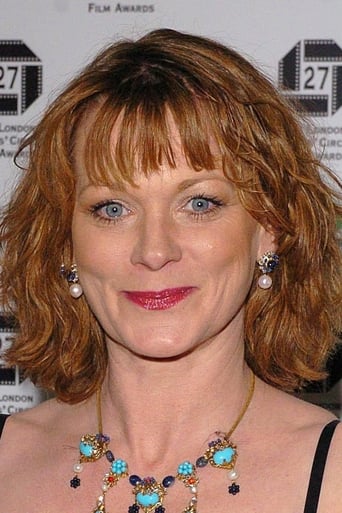 Samantha Bond (born 27 November 1961) is an English actress, perhaps best known for playing Miss Moneypenny in four James Bond films during the series' Pierce Brosnan years, and for her role on Downton Abbey as the wealthy widow Lady Rosamund Painswick, sister of Robert Crawley, the Earl of Grantham. She is also well-known for originating the role of "Miz Liz" Probert in the Rumpole of the Bailey series. Bond is a member of the Royal Shakespeare Company. Description above from the Wikipedia article Samantha Bond, licensed under CC-BY-SA, full list of contributors on Wikipedia.