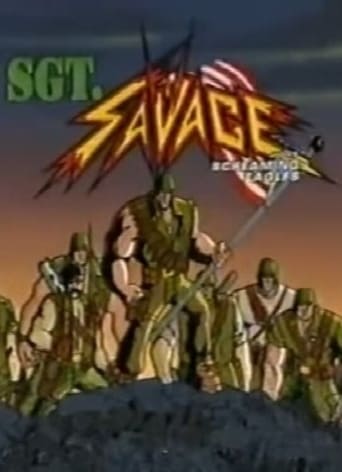 In 1944, Master Sergeant Robert Steven Savage was betrayed by one of his fellow soldiers, Krieger, a double-agent for the Axis Powers. He had Savage's entire squad killed and used him for various genetic experiments. Savage was then cryogenically frozen and sealed inside a secret bunker. 50 years later, G.I. Joe discovered the hidden bunker, Savage now has super-human strength, speed and agility and is in charge of the Screaming Eagles. Krieger is alive and known as General Blitz, leader of the terrorist organization the IRON Army. Sgt. Savage and his Screaming Eagles must stop him!