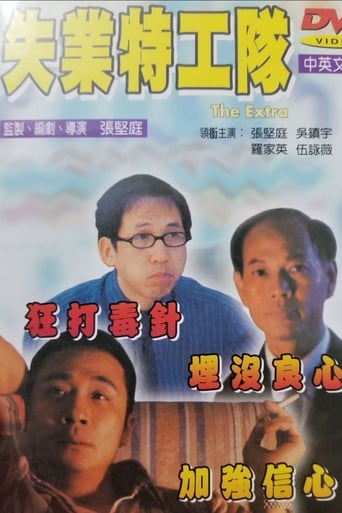 Director Alfred Cheung (Her Fatal Ways) skewers contemporary Hong Kong in the hilarious satire The Extra! Alfred Cheung stars as an unemployed film extra who considers employment in a bawdy Category III film to make ends meet. The truth is he'd rather not participate in something so sordid, but with the Asian Financial Crisis casting a threatening shadow over 1998 Hong Kong, a guy has to do what's necessary just to survive! And if that means sacrificing a little pride - or even baring some skin - then so be it! Thanks to its uncommon script, The Extra manages to take Hong Kong film industry and use it as a springboard for an intelligent and satirical take on the greater problems facing average Hong Kong citizens. Plus it makes time for laughs, and features a galaxy of familiar Hong Kong Cinema names, including Christine Ng, Simon Lui, Law Ka Ying, Almen Wong Pui Ha, and Francis Ng.