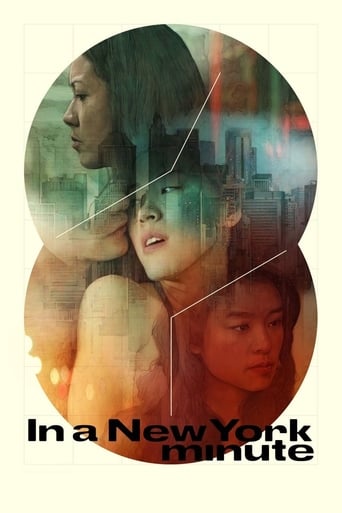 In A New York Minute follows three Asian women, each at a different stage in their life as they deal with their own personal struggles. Amy is haunted by a past breakup that has manifested into an eating disorder. Angel is caught between a loveless marriage with an older American businessman and a passionate affair with Chinese filmmaker. Nina moonlights as an escort as a way of supporting herself financially. As the story unfolds, the film reveals each character’s wants and desires is reflected in the other.