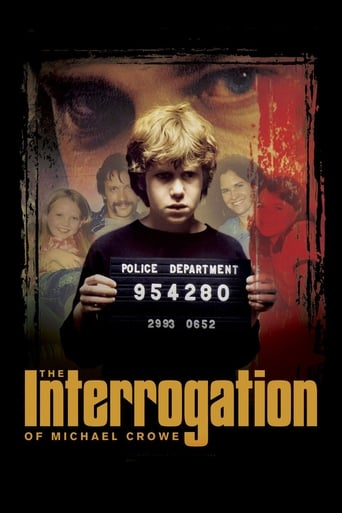 The Interrogation of Michael Crowe (2002)

The lives of Escondido, California residents Cheryl and Stephen Crowe change one morning when they find their twelve year old daughter Stephanie Crowe stabbed to death in her bedroom. As procedure dictates, the police take each member of the household away individually to be questioned, and the remaining children - fourteen year old Michael Crowe and adolescent Shannon Crowe - are taken into protective custody until Cheryl and Stephen can be cleared. The police end up placing much of their focus on the sullen Michael, who they question without counsel and without discussion with his parents. The tone of the police questioning is that they believe Michael did kill his sister, the police lying, harassing and coercing in the process. Under the barrage of questioning, Michael eventually confesses, as do two of his friends, both questioned under the same threatening tone. Cheryl and Stephen, who are finally made aware of the questioning and the confessions...