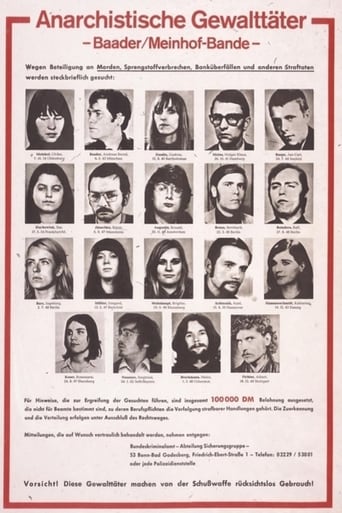 The Baader-Meinhof gang, a left-wing terrorist collective born of the student revolutions of the Sixties, terrorized West Germany with a series of bombings, assassinations and hijackings in the Seventies. They became die RAF - die rote army fraktion in 1970. It is claimed that property destruction during the Watts riots in the United States in 1965 influenced the practical and ideological approach of the RAF founders. As for changing the world, they failed. All they achieved was to make West Germany a less tolerant, more paranoid society than it had been before.