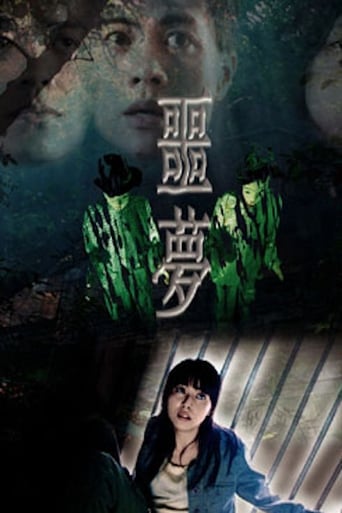 Yoyo Mung stars as a Chi, a reporter who's been plagued by the same freaky nightmare since childhood. In the dream, she sees a creepy old house and a mysterious woman in a rocking chair. Luckily, the dream only seems to cause her morning stress, and no apparent long-term damage. Meanwhile, her new editor/boyfriend Joe (Edmond Leung) assigns her to a series of articles on reputed haunted houses. With pal/coworker Kei (Jo Koo) in tow, Chi happens upon—surprise—the exact same house that infests her dreams! Suddenly her nightmares become day-intruding visions, and her stress starts to manifest itself in supreme moodiness. She also makes a new friend in handsome Man (Michael Tong), who may or may not be connected to her freaky visions. As the visions get more vivid, ultimate truths and possible revelations seem right around the corner. But will the biggest nightmare of all be Joe's increasingly unnerving jealousy?