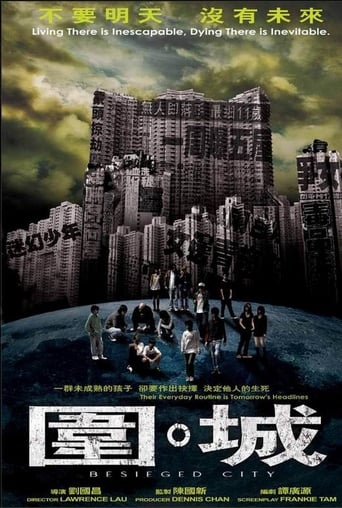 Ling-Kit HO is just like one of many other students in Tin Shui Wai. However, he is a lot more hard-working than all the others as he wants to get away from this besieged city. Apart from his study, he is indifferent to everything because he comes from a defunct family. Having to take care of his mentally-ill mother, Ling Kit is also forced to face his Dad – a heavy drunker and a heavy gambler. His younger brother Chun-Kit has left the family for years. At that time, Chun-Kit was heavily bullied by his classmates in school and he was always beaten by his drunken father. Being the elder brother, however, Ling-Kit did not protect Chun-Kit from being beaten so Chun-Kit left in great panic.