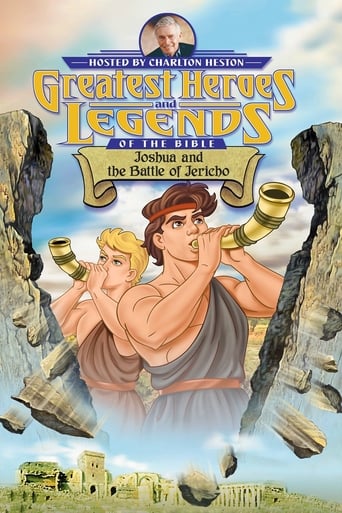 Greatest Heroes and Legends of The Bible: Joshua and the Battle of Jericho (2003)

As the story begins, we learn that the Israelites-under the leadership of Moses-have been wandering the wilderness for forty years. Now, they are about to enter the Promised Land. But Moses will not be going with them. His time has come to join God in Heaven. And so, a young man named Joshua is appointed to take Moses' place. Like Moses, Joshua realizes that nothing can be accomplished without God's help. The Lord rewards Joshua for his faith by revealing a plan that will allow the Israelites to take the city of Jericho. As the action unfolds, we witness a series of divine miracles reminiscent of those which allowed the Israelites to escape from Egypt many years earlier. And eventually, we rejoice with them, as they enter the Promised Land.