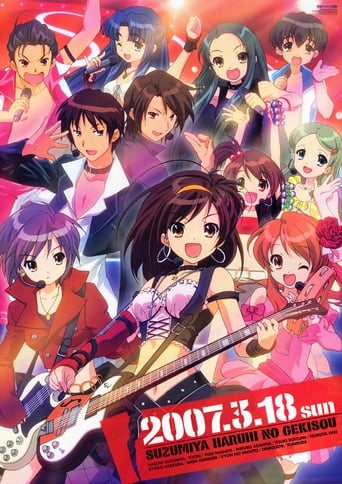 The Extravaganza of Haruhi Suzumiya (2007)

Suzumiya Haruhi no Gekisou (涼宮ハルヒの激奏, The Extravaganza of Haruhi Suzumiya) was a live concert event held at Omiya Sonic City on March 18, 2007 that featured songs from the anime as well as interviews and skits performed by the voice actors.The MCs for the event were Minoru Shiraishi and Megumi Matsumoto.