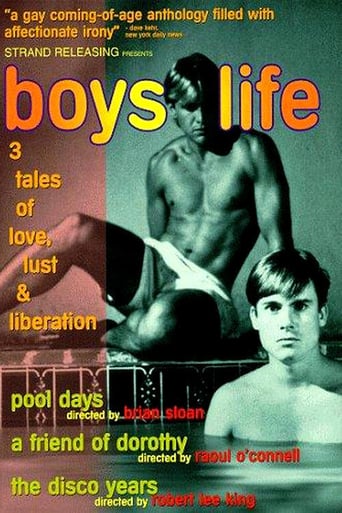 Each of the three short films in this collection presents a young gay man at the threshold of adulthood. In "Pool Days," Justin is a 17-year old Bethesda lad, hired as the evening life guard at a fitness center. In the course of the summer, he realizes and embraces that he's gay. In "A Friend of Dorothy," Winston arrives from upstate for his freshman year at NYU. He has to figure out, with some help from Anne, a hometown friend, how to build a social life as a young gay man in the city. In "The Disco Years," Tom looks back on 1978, the year in high school that he came out of the closet after one joyful and several painful encounters