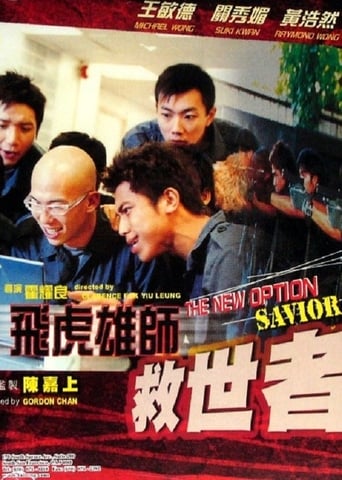 Sixth film in the 10 film series titled The New Option. Hon's sister, Bibi was crushed. She phoned Hon for help. Hon beat up the crook. Unfortunately the whole incident was captured by the CCTV and was suspended from this post. Fatso came to his rescue by forcing the crook to withdraw his complaint. Hon was re-instituted but he owed a favor to Fatso which might someday cost him dearly. Jason, son of Fatso, had employed some thugs from the mainland to swindle money out of the insurance company. The thugs read from the newspaper that the amount reported lost far exceeded the amount they had robbed. They asked for compensation from Jason. While he was negotiating with the thugs, the police and the SDU surrounded the building to comprehend the thugs. But when Lun saw Hon and Jason...