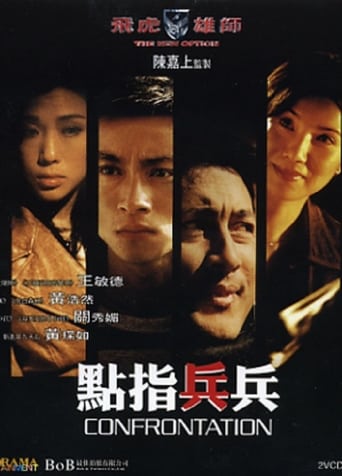 Seventh film in the series titled The New Option. Lucky Lun was sent to the hospital. He was shot in the spine and was paralyzed from the waist down. Hank told Stone that he returned to Hong Kong to enter a shooting competition. He donated blood to Lucky Lun and helped all those who needed him. There was a big money laundering case in which three prosecution witnesses were in the police's witness protection program. On the first day of legal proceeding, the first witness was shot. Ann and Stone deduced that the killing were done by an expert sniper. The second witness was shot in much the way as the first. All evidence pointed to Hank. When Hank sensed that Stone began to suspect him, and told Stone that he had bought the airplane ticket to the States. When it was time for the third witness to go to court, Stone exchanged clothes with him and waited for the killer.