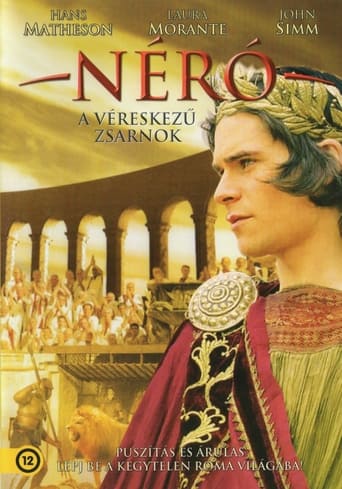 As a young boy, future emperor Nero witnesses the mad Emperor Caligula kill his father and exile his mother. While in exile in the pontine islands, Agrippina, his mother, sees a vision telling her that her son can become emperor, but she will have to die first. She accepts the proposal. Back in Rome, Nero, now being raised by emperor Claudius after Caligula's death, Agrippina returns. She poisons Claudius' food and Nero becomes emperor. At first, Nero cuts taxes and introduces successful programs and invades Brittania. Soon he meets a beautiful slave named Claudia Acte, and marries her, throwing off his engagement with Claudius' daughter, Claudia Octavia, telling her she can marry someone she will be happy with. Heartbroken, she arrives at an island and kills herself. Nero enjoys being married to Claudia Acte, but soon he gradually goes mad with power and sets fire to Rome.