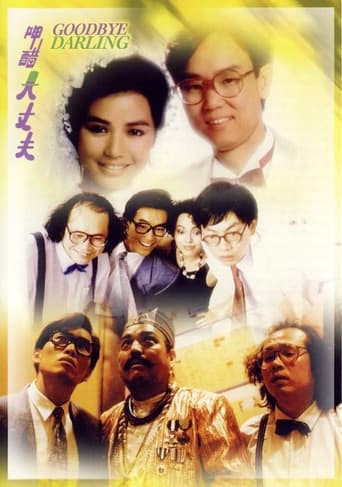 Tai (Raymond Wong), a loving and caring husband and Josephine (Cherrie Chung), his sweet and darling wife, are a young, merry couple. Tai has a close lawyer friend, funny but kind-hearted Choi Sum (John Sum) who often offers his help whenever Tai needs it. Tai works in a De Luxe hotel's top management. He brings his wife to the hotel's annual ball in which all his colleagues are fascinated by the beauty of Josephine. Among the colleagues, there is a notorious seducer who is execptionally keen in seducing the wives of his friends. Tai, with the help of Choi Sum, makes every effort to protect his wife. They bring themselves into a series of hilarious and comic situations. Due to a complicated misunderstanding, Tai learns that he has got an incurabl cancer. He worries about his wife and plans for her future happiness. Joe Yeung (Mark Cheng), a nice and smart guy has proved to be an ideal potential husband for Josephine. Tai tries his best to match Joe and his wife...