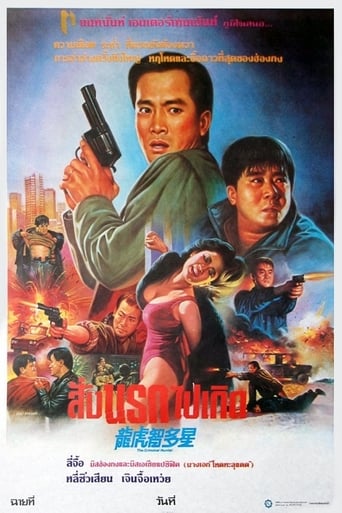 Chu Yu (Eric Tsang) is a homicide detective who accidently stabs his girlfriend while wrestling with a murderer. The killer returns later and squeezes her wound until it ruptures, causing her death. But the wily Chu Yu photographs his girlfriend's corpse in a wedding dress, tricking the killer into believing she is not dead and causing him to return for a second try. When he does, Chu Yu is waiting, having rigged the corpse like a marionette and causing it to shoot its own murderer. Co-starring Danny Lee, as Officer Li Ta Hsiu, and Dick Wei in this decidedly offbeat attempt at gallows humor which works extremely well under the direction of action specialist Frankie Chan.