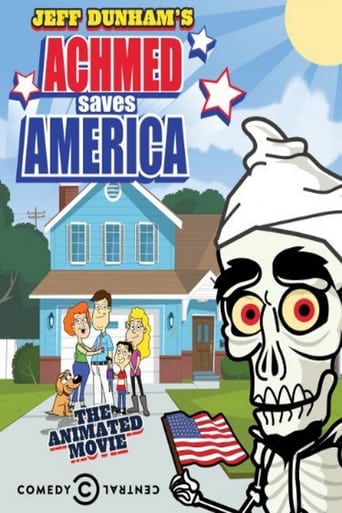 From the inventive mind of Jeff Dunham comes the first animated movie starring the world’s most beloved, failed bad guy: Achmed the Dead Terrorist! The Little Skeleton That Couldn’t unexpectedly finds himself in Americaville, USA. There, Achmed is mistaken as a French exchange student while he bumblingly plots to destroy the town and all its “infidels.” But when exposed to the sweet things in life, Achmed’s campaign of hate turns into a patriotic all-American lovefest.