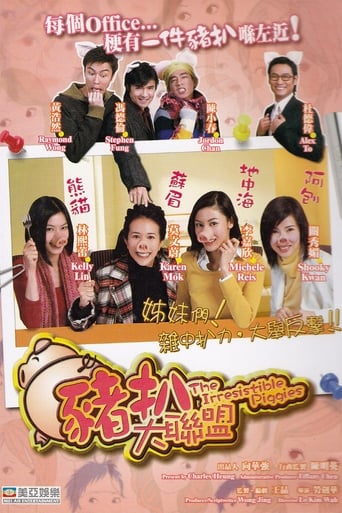 When Turtle starts working for LMF Corporation with his cousin Lun, he immediately meets the four "pork chops": Mo, Mei, Hung and Pao. Mo is beautiful but bald, Mei has excessive body hair (that somehow resulted from a sexual assault), Hung has a large red birthmark on her face, and Pao has abnormally small eyes. The four girls are teased and discriminated against by their other colleagues and are finally fired by their beautiful, evil boss Christine. With the help of their gay hairdresser (Jordan Chan) and some friends inside the company, the girls become "irresistibly" beautiful, and secretly get rehired under new identities. There, they plot revenge on those who made fun of them, and especially the power-hungry Christine.