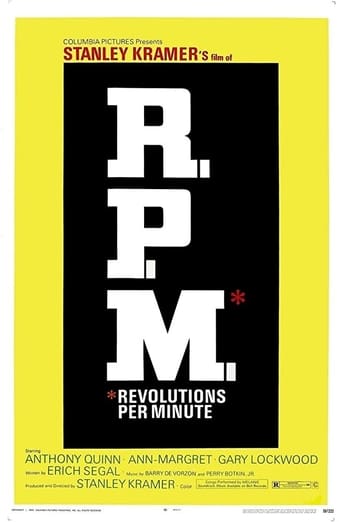 R.P.M. stands for (political) revolutions per minute. Anthony Quinn plays a liberal college professor at a west coast college during the hedy days of campus activism in the late 1960s. Radical students take over the college, the president resigns, and Quinn's character, who has always been a champion of student activism, is appointed president. As the students continue to push the envelope of revolution, Quinn's character is faced with the challenge of restoring order or abetting the descent into anarchy.