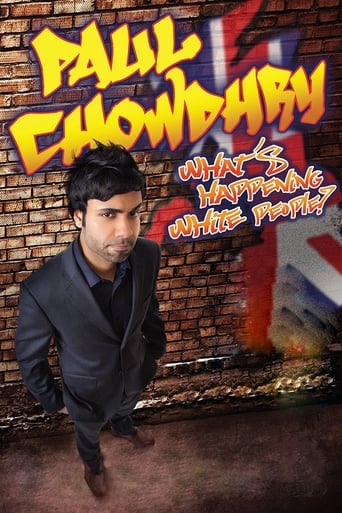 From his massive 2012 tour ‘What’s Happening White People?’ join Paul Chowdhry live and uncensored from his huge sellout show at the legendary Hammersmith Apollo on 22nd September 2012. Star of Channel 4’s Comedy Gala, Stand Up For The Week and BBC 1's Live At The Apollo, join Paul as he dissects all the issues of growing up and living in multicultural Britain with his own brand of edgy and highly charged comedy. From reusing margarine tubs to passive racism to breaking down racial barriers, there are no holds barred and nothing is left unturned as Paul tackles them all in his own inimitable and shocking style.