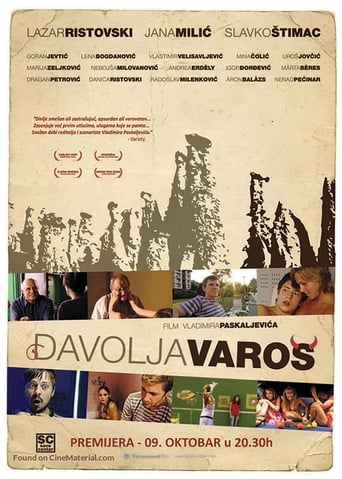 Black comic debut film about modern Belgrade in which a group of people cross each other’s paths on the same day that Serbian tennis players play an international match at an international tennis tournament. The moral vacuum that was left after the nationalist conflicts in the area are reflected in the self-satisfied behaviour of the characters. Black comedy and ensemble film about modern Belgrade, where several people’s paths cross on the same day that several popular Serbian tennis players play a match in an important international tournament. A young girl tries her best to get her hands on new tennis equipment, a taxi driver blames the rest of the world for not being able to get on in life, a rich adolescent discovers that love is not for sale. Driven by instincts, fears and obsessions, the characters discover that reality will not fit in with their desires.