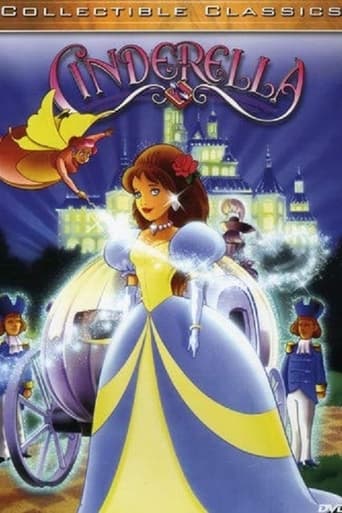 Cinderella, the beautiful and kind-hearted girl who lives with her greedy stepmother and two selfish stepsisters, charms a handsome prince when her fairy godmother sends her to the royal ball. She must leave the ball by midnight before all the magic is gone, but Cinderella has so much fun that she forgets all about the warning, and when she flees the castle she leaves behind one glass slipper. Cinderella, originally released directly to video in 1994, is a 48-minute animated film adapted from the classic fairy tale, "Cinderella" by Charles Perrault. The movie was produced by Jetlag Productions and was distributed to DVD in 2002 by GoodTimes Entertainment as part of their "Collectible Classics" line.